There was a time when being an Affirming ministry meant being a congregation—and local churches are still very much our backbone. But in 2008, the Conference of Manitoba and NorthWestern Ontario took a new step: it became Affirming. It began working with the presbyteries in its borders, and as of 2017, all of these presbyteries were Affirming. Bay of Quinte Conference in Ontario set itself some similar goals, as well as setting up a team to support more Affirming congregations and presbyteries.

Together, and with many others, they helped open up space for eight Conferences and seventeen presbyteries to become Affirming, as of November 2018.

END_OF_DOCUMENT_TOKEN_TO_BE_REPLACED

We’ve had a very rich and busy year. You, our diverse members and supporters, in Affirming ministries and beyond, made it possible.

A record-breaking number of ministries in the Affirming process.

An edition of Mandate, the United Church’s justice magazine, dedicated to LGBTQIA+ and Two Spirit justice.

A rich national gathering in July warmly hosted by Royal York Road United Church in Toronto (read about it here); generous support for a part time staff person from Toronto Conference, and a wonderful planning team, speakers, and workshop leaders. The conversation in hallways and under the trees and at meals never stopped.

Support for Iridesce:  the Living Apology project as it criss-crossed Canada, gathering stories that are hopeful, profound, and too often sad.  They show us the work that remains to us- and how we might approach it.

Wonderful turnouts at the workshops offered by both AUSE and Iridesce at the Festival of Faith, prior to General Council.

The launch of the Iridesce play at General Council- your stories, on the stage and live streamed.

Movement members featured in an Observer story on trans people of faith.

Thank you for all you as supporters and members have offered this growing movement of trans, non-binary, Two Spirit, intersex, asexual, pansexual, bi, lesbian, gay people and communities—and our cisgendered and heterosexual allies. You are the reason for our name: ensemble (together) and united.

On October 28, 2018, while rain poured outside, the inside of the sanctuary was full

of energy, love, and light, as Gladwin Heights United Church was declared an Affirming Ministry. “The Little Church That Cares” was host to over 80 supporters of the inclusivity of people of all sexual orientations and gender identities. Members of the Gladwin Heights congregation were joined by ministers and members from local churches, as well as representatives from BC Conference, family and friends.

Reverend David Cathcart brought greetings from Affirm United and presented Gladwin Heights with a certificate to declare its fulfillment of the requirements to become an Affirming Ministry within The United Church of Canada. Gladwin is the 20th Affirming Ministry in BC.

Gayle LaPointe read several congratulatory letters, including a letter written by The Right Reverend Dr. Richard Bott, Moderator of The United Church of Canada, who brought the spirit of his warmth and encouragement to the Celebration. Thanks were given to Liz Carter-Morgan and Linda Hutchinson, the western and eastern Coordinators for Affirm United who guided Gladwin Heights on its journey. Appreciation was also extended to St. Andrew’s United Church, our sister congregation, as it prepares to host its Affirming Celebration in 2019. Acknowledgement was given to Trinity United Church as it begins its affirming journey.

Several tears were wiped away as we formed a circle around the sanctuary and sang“Draw the Circle Wide”. Reverend Tim Bowman sent us with a Blessing: Know this: you are loved. Wherever you come from, whatever you look like, whoever you love, you are loved. And the people responded: Whatever the time, wherever the place, we go forth in love.

Following a fabulous time of fellowship, and enjoyment of specially baked goodies, everyone left the hall with the unexpected and glorious greeting of a beautiful rainbow outside.

Oak Bay United Church in Victoria, an Affirming ministry, writes: “Christian leaders have written a letter to express our support for the SOGI 123 educational resources (sexual orientation, gender identity) created for use in BC public schools.

You may have seen that a group of pastors put out a statement to say that SOGI does not align with Christian beliefs and values. We are here to provide a different Christian perspective.”

The letter has been sent to Honorable Rob Fleming, Minister of Education. Read and sign the letter here. BC ministries have told AUSE they welcome signatures from out of province.

May 25, Hamilton Conference, ON

May 27, London Conference, ON

Public. Intentional. Explicit. Those are the standards we hold ourselves and our welcome to when we become Affirming or affirming.

On International Pi Day 2019 (3.14- get it?)  we invite you to serve up some pie and PIE in your ministry and community.

Show AUSE’s new video-to-be featuring your stories about being PIE.

Tell your own PIE stories: examples of your LGBTQ+ welcome that are and have been public, intentional, and explicit. Host a community open mic/ coffeehouse for all stories. Eat lots of delish church pie (and everything else you consider delicious). Together, spend, say, a half hour talking about how LGBTQIA+ and Two Spirit rights and dignity could be advanced in your context and community.

Come up with some bite sized ideas and note them down for ongoing action.  Fundraise/ awareness raise for your local Pride and LGBTQ groups. Put the proceeds wherever you want. Put in a good word for Affirm United/ S’affirmer Ensemble and Calgary’s awesome Affirming Connections, our partner.

Whatever you do: don’t give up PIE for Lent, hold the date, and watch www.ause.ca for more information and materials.  Contact the communications coordinator at communications@ause.ca with your ideas, questions, and recipes.

It is colourful here today isn’t it? Orange shirts, and rainbows. So many colours, so

Today we are celebrating and remembering.

Today we celebrate a special remembrance that over 22 years ago, this community of faith, Kamloops United Church, committed to being an Affirming congregation, and officially became a member of the national organization, Affirm United.

We are also a community of faith committed to Reconciliation. Today, September 30, is Orange Shirt Day, as part of the ‘Every Child Matters’ campaign. END_OF_DOCUMENT_TOKEN_TO_BE_REPLACED

AUSE is deeply humbled and grateful to have received a generous legacy donation from Meewasin Valley United Church, an Affirming ministry in Saskatoon. Thank you to the community of Meewasin Valley United Church for thinking of Affirm United as you journey towards closure. We are honoured that you have blessed us with this opportunity to live out part of your legacy in the areas of education and social justice. We at Affirm United are inspired by Meewasin Valley’s support, which has shown us that there are many ways in which a community of faith can live out a commitment to being an Affirming ministry. (Photo: the people of Meewasin Valley UC receiving their certificate at their April 2016 Affirming celebration.)

The diversity of our perspectives, and the common cause that unites our vision for the future, was evident during the business portion of the meeting. Often the mandated annual general meeting is a minor part of the weekend. However, this year our usual sharing of Affirming stories from across the church was preceded by intense discussion about the changes currently facing the United Church, and how these changes affect the Affirming movement. END_OF_DOCUMENT_TOKEN_TO_BE_REPLACED

Grosvenor Park United Church, an Affirming ministry in Saskatoon SK, recently received a homophobic email. With their permission, we share the email and their response, which was drafted by a group and sent by the minister. END_OF_DOCUMENT_TOKEN_TO_BE_REPLACED 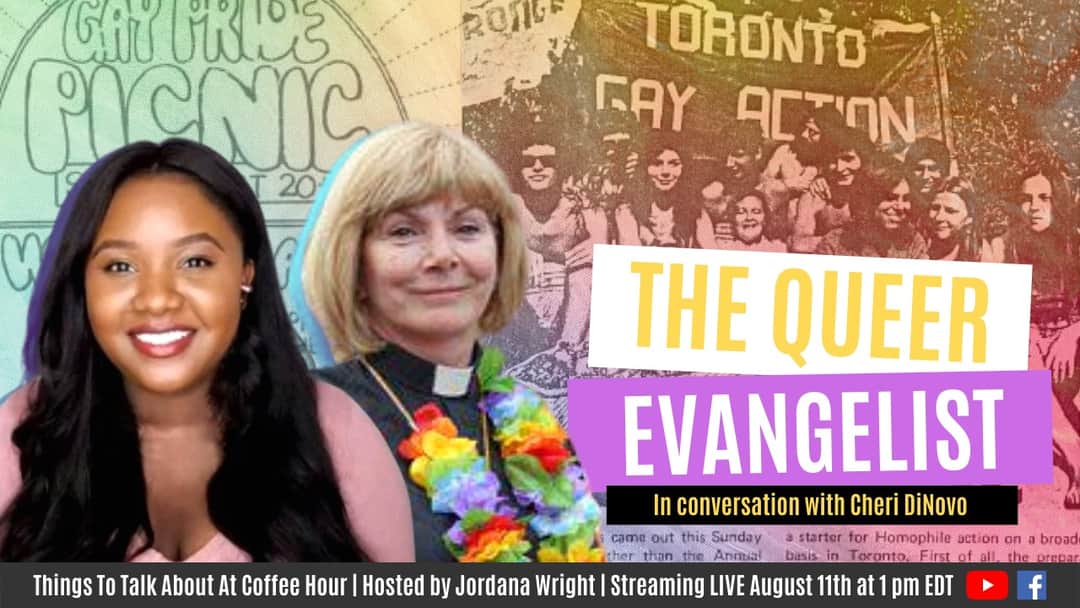 Did you miss our AUSE Summer Conference Worship service this morning? No problem, here it is!

Affirm United/S'affirmer Ensemble
For those who missed our AUSE Summer Conference Worship Service this morning ... please enjoy this recorded version:

Enjoy this moving service from our Summer Conference 2020 virtual Worship Service. Many thanks to all of our conference and worship attendees! It was a wonderful weekend! Please share this video with your congregations.

Donations to the work at Affirm United / S'affirmer Ensemble can be made at:

Affirm United/S'affirmer Ensemble
A wonderful video embracing diversity we shared this morning at our AUSE Summer Conference Worship service. Enjoy!! And THANK YOU TO ALL who made this weekend fabulous!! 😀😀😀

The Many
Even though we can’t all march together in #Pride Parades this year, we can still celebrate, right? That’s why we made this video. A reminder that all of us are loved and adored and blessed, in a poem written and performed by The Many: “Jesus at the Pride Parade.”

Think of it as the Beatitudes Revisited.

BTW, if you're looking for a download of this video, you can get that here: https://the-many-are-here.myshopify.com/collections/lament-together-video-downloads/products/jesus-at-the-pride-parade-from-lament-together-june-24th-poem-video-download?variant=34900841758870
View on Facebook