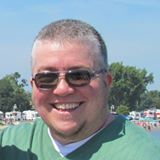 Every year, Affirm United/ S’affirmer Ensemble offers a volunteer award or Affirming ministry award to an individual and/ or ministry who have offered exceptional inspiration and energy to the difficult work of widening radical inclusion.
We were honoured to present the 2016 individual award to Jordan Sullivan at our 2016 conference at Glebe-St James United Church in Ottawa. Jordan is the Ministry Partnership Animator at the General Council office of the United Church of Canada. He connects with a very wide range of diverse communities and brings to those relationships both a love of endless details and a deep respect for all identities and all stories.

Jordan was raised Seventh-day Adventist, and was an elementary teacher in SDA schools. He also worked for the Canadian Mental Health Association for ten years. In 1999 Jordan earned an M.A. in Religious Studies, and began his ministry in The United Church of
Canada in 2000. Jordan blogs intermittently about his journey of transitioning at https://onbecomingjordan.wordpress.com

In his words, ““The truth has a way of slowly working its way to the surface – if we’re open to receiving it. Such has been the story of my life. I have now come to a point where publicly affirming who I am is very important to me. I am a trans man who is on a journey to live more authentically as a whole person – accepting the masculine energy/identity I denied and suppressed since I was a young teenager. I have transitioned while employed at the General Council Office, deeply blessed with the support of my colleagues as well as the United Church folk I work with across the country.”

Jordan has shown a consistent and long-term dedication to the work of Affirm United. His work at the General Council Office has often focused on staff support for our movement, but Jordan’s support goes above and beyond his staff role at the GCO. His collection of Affirming ministry reports have played an integral role in sharing the work of Affirm United with our networks and helping our organization learn and grow. He has helped us make connections with a wider range of ministries, including camps and the important human rights work that accompanies any connections with children and youth.

AU/SE is proud to recognize Jordan’s work, and to celebrate both his passion for the work of Affirm United and an inspiring belief in the work we do together.

New statement in response to the rise the hatred w

Reminder that PIE Day is coming up!

Let’s create together! I would love for all of

This week, you’ll be meeting Linda, our Coordina

The Trans Day of Visibility (TDOV) is a day to sho

We’re still looking for a community of faith to

This week, you’ll be meeting Peter, our treasure

This week, you'll be meeting Caitlin! Hi, my nam

Statement in Response to a Rise in Hatred