The diversity of our perspectives, and the common cause that unites our vision for the future, was evident during the business portion of the meeting. Often the mandated annual general meeting is a minor part of the weekend. However, this year our usual sharing of Affirming stories from across the church was preceded by intense discussion about the changes currently facing the United Church, and how these changes affect the Affirming movement.

With the presbyteries and Conferences of the Unite

d Church of Canada set to dissolve in 2019 as the church moves toward a three-council model, there was much vociferous debate on the question of what would happen to the status of those presbyteries and Conferences that are Affirming. The concern of some Affirming ministries was summed up in the question of Will Kunder, Executive Secretary of Manitou Conference, an Affirming ministry: “Do we need to start from scratch?”

Kunder was speaking in the context of three Affirming presbyteries that will be joining with an Affirming Conference to comprise Region 6 in the new church structure. Members of the LGBTQ+ community also expressed concern about the waning of Affirming-designated spaces as Conferences and presbyteries lose their Affirming status and as regional councils likely focus on establishing governance and administrative structures in their early days.

From the perspective of Affirming Ministry Coordinator Linda Hutchinson, the concerns emerged out of confusion about the new process. “Much of the angst is arising from not fully understanding the process. When a regional council forms, you will be doing a plan of action; you will be creating a vision statement. Our hope is that there would be a new vision.” She went on to add: “Strongly Affirming groups will probably move through the process much more quickly than an inexperienced ministry. If you have the conversation and the culture, you would easily pass the vision statement.” As an example, she named the experiences of amalgamating congregations that are asked to go through the Affirm process again, even if one or both congregations are already Affirming. “This has been Affirm’s policy. It is not a punishment. It is not meant to hold you back. It is about protecting Affirm’s integrity.”

Jody Maltby, Executive Secretary of Toronto Conference, also an Affirming ministry, asked if the AUSE Council would consider allowing ministries to maintain the Affirming designation but cap the process at, say, two to three years. Her proposed solution was an attempt to remedy a problem that Pegi Rideout of Hamilton Conference (a

n Affirming ministry too) named as one of “momentum.” “How do we have it both ways?” she asked. In other words, how can we ensure that AUSE preserves the integrity of the Affirming process without losing much of the exciting energy as the fledgling organization builds into a nation-wide movement? Members of the AUSE Council agreed to take this feedback into consideration as they brainstorm ways to ease the transition, and a task group will be struck this fall.

As the conference began on the Friday evening, our diversity was manifest in abundant other ways too. We thought about our differences on a global scale as we heard about the plight of LGBTQ+ refugees in the 72 countries that criminalize same-sex relationships. In his riveting plenary talk on Friday evening, Kimahli Powell, Executive Director of Rainbow Railroad, educated us about the non-profit’s transnational work aiding LGBTQ+ people fleeing violence, death, or imprisonment.

morning. (Click here for an interview with Dani at General Council.) Dani spoke about her mission to raise awareness about trans issues in South Korea, where trans people are often denied the basic respect and dignity that they deserve by the medical profession and the justice system.

As we know too well, LGBTQ+ people also face persecution and discrimination in Canada as part of an enduring legacy of prejudice that the church has been complicit in. Aaron Miechkota, Coordinator of Iridesce: The Living Apology Project, spoke about the work of listening to and gathering the stories of those affected by the United Church of Canada’s 1988 decision to allow the ordination of gay and lesbian ministers, as we discern whether an apology needs to be offered to LGBTQ+ and Two-Spirited people in the church.

Miechkota’s presentation was followed, during Saturday morning worship, with the communal singing of David Kai’s new work, We Are a Rainbow, with David himself at the piano. David has generously waived copyright on this new work for Affirming ministries.

The sundry interests of the Affirm community were reflected not only in the worship but also in the wide-ranging workshops on offer. Participants were treated to presentations and discussions on issues ranging from becoming an Affirming ministry to engaging in reconciliation with Indigenous peoples. Dialogue during the sessions flowed over into mealtimes and coffee breaks, as new friendships were formed and old ones reignited. “We had a wonderful time,” said Erin Poole of Hamilton, Ont. “There were meaningful times of connection with existing friends whom we treasure and the opportunity to develop meaningful new friendships.”

These friendships were forged not only while sharing in meals and conversations with each other, but also while walking together. On the Saturday evening of the conference, participants gathered together at Yonge and Dundas Square, in the heart of the city, for a pop-up event. In the vision of Affirm co-chair Michiko Bown-Kai, the walk from Metropolitan United Church to the urban centre would demonstrate to the community—in a public, intentional, and explicit way—that the United Church of Canada loves and affirms LGBTQ+ people. That vision in action saw Affirm members holding signs splayed with rainbows and playing musical instruments in a joyful, exuberant embodiment of God’s love. Says Bown-Kai, “Once we arrived at the square we spent approximately 15 minutes singing, sharing bread, and sharing conversation with people at the very busy square. It was simple yet powerful.”

It was with singing that we began our weekend and with singing that we ended it. On our last day together we worshipped with the Royal York Road United Church congregation, joining our voices and sign language into a celebration of all that our communities bring to the United Church and Canada. Our song is a cry of lament and a dance of celebration. With diverse voices, we sing in unison for a more just and equitable church and society.

Who doesn’t need something to celebrate these da

From the team at Affirm United / S'affirmer Ensemb

Congratulations 🥳 McKenzie United! All are wel

Join us in welcoming St. Paul's United Church in O

We are so pleased to announce our newest Affirming

Queer Joy: The Gifts of Identity On Tuesday Novem

THIS WEEK! All are welcome to listen in and learn

A NEW Affirming celebration for Trinity Memorial U

Tonight we gather around the Kitchen Sink to "Sing

“May Peace Prevail” ... this morning @kanataun

NEW! You’re invited to join Affirm United as we

Inspiring thoughts on a new day for us, our nation, the world and our neighbours to the south - by Emily McDowell ... thanks for sharing Jordan Sullivan 😀😀😀 #findingyourself #emilymcdowell #newday https://t.co/7nY4Na3uru
View on Twitter 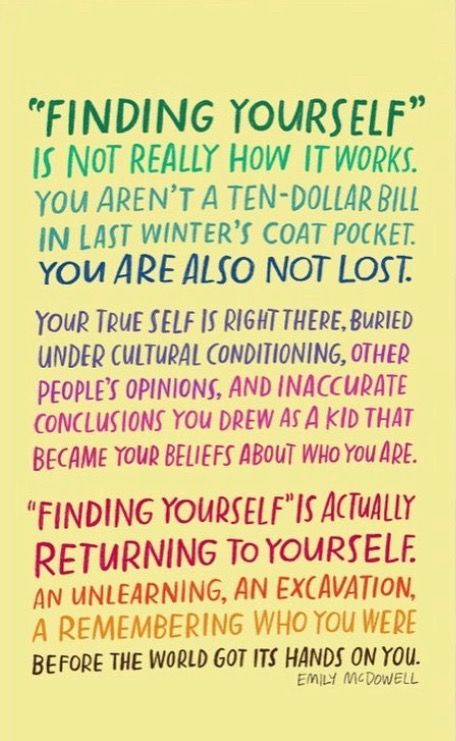 Celebrating great diversity in this interfaith Affirming declaration lead by the Archbishop of Liverpool, Rev. Paul Bayes ... thank you for sharing Ken Delisle of Prairie to Pine Regional Council via the #GlobalInterfaithCommission #lgbtq #affirming

Affirm United/S'affirmer Ensemble
Inspiring thoughts on a new day for us, our nation, the world and our neighbours to the south - by Emily McDowell ... thanks for sharing @Jordan Sullivan 😀😀😀