From Munns United Church in Oakville, Ontario who has begun the Affirming educational program and process with AU/SE, a hopeful message reflective of our time now.

Federal government to work on criminalizing “conversion therapy”: our support for this and other initiatives needed

In the spring of 2019 many in our movement were disappointed when the federal government (a Liberal majority) said that it could not ban conversion therapy through Health Canada. It cited health as a provincial jurisdiction. (What is “conversion” “therapy”? See this overview from CBC.)

Many turned to, or continued, working with their municipalities, provinces, and territories, asking them to follow MB and ON’s lead and outright ban this deeply harmful practice. As one example, in December Edmonton city council prepared to debate a ban within the city, as Alberta has not banned such “therapy” and indeed, more than a few in the province and its government support it.

Thank you to all, including many AUSE members, who are carrying this struggle forward. Special thanks to Gary Simpson in Edmonton for his research, advocacy, and advice.

In December 2019, the now-Liberal minority government said it would move to place conversion or reparative therapy in the Criminal Code, making the practice illegal and punishable.

As some in our Affirming movement reminded us, we need to speak out in support of this, although we also need to be aware that the proposal has some problems and limits. For example, the proposed Criminal Code amendment would only apply to minors, and this may be the only way such an amendment would be permitted under the Charter.

Whatever the advocacy options, whether national or local, we know that our advocacy and education efforts are important and much-needed.  We must continue to advocate for regional and local responses, like the one currently before Calgary’s council. And we need to make it clear to our faith communities that conversion therapy is alive and in practice across Canada to this day.

Yet the federal government’s proposal is one promising step forward. And the mostly Christian groups who support this abusive practice will be sure to be in loud opposition. Please read up on the government’s plans, and then if you are so moved, contact your Member of Parliament, no matter their party, and briefly express your support for this measure and your opposition to so-called conversion therapy. If you identify as a church member or Christian, also make that clear to your MP. Consider asking your community of faith, congregation, or parish to write such a letter.

If you’re a United Church member, remember that your Regional Council is one place to advocate, and that proposals for advocacy initiatives is an important way to move church policy or motivate action. Such proposals should be consider now for regional gatherings in May and June.

We need an end to this Christian-justified, cissexist, heterosexist abuse. Please add your voice where you can.

Public+Intentional+Explicit= PIE. These are our standards for the full inclusion and celebration of LGBTQIA+ and Two Spirit people. Get your recipes/ ice cream/ creative planning tools ready. PIE Day 2020, Saturday March 14, is happening!

Here’s the national Facebook event. And we’re constantly updating our online home, www.pieday.ca . There are already lots of free planning resources and ready-to-use graphics posted. Remember that the free 15 minute PIE Day video is still as fresh as ever- and we’re delighted to announce that three shorter versions will be available for free download too! No day olds here! At pieday.ca you’ll also find a form for registering your event, so please make sure you sign up your extravaganza.

All can participate: you do not need to be part of an Affirming ministry; you don’t need to be United Church; and pie substitutes are welcome. You just need to be enthusiastic or curious about a Public, Intentional, and Explicit celebration of diverse genders and sexualities in your community and place of worship. That’s all. Have at it!

This year we hope to draw the circle wider, with a stronger ecumenical and interfaith focus. Much more info to come- mark your calendars, dream of dessert, and start discerning how you can spread PIE love in your community!

Our faith is about so much more than our buildings. Yet our buildings and camps are also important spiritual and physical spaces that house not only our own ministries, but many other vital community initiatives too. Many Affirming ministries own their own building or facility, and in the course of their Affirming journey they generally add more inclusive spaces, such as all-gender washrooms, space for smudges and other Indigenous ceremony, wheelchair ramps, technology for the deaf and hard of hearing, and more. It’s an ongoing process that never really stops.

Most also rent the space to other groups. What, then, does an Affirming use of the building for everyone look like? What happens if a group opposed to LGBTQIA+ rights and identities wants to rent the space? What does safer space look like? Here’s one example of a policy and commitment from Trinity United Church, a rural congregation in Cannington ON. Download their building rental policy PDF here.

Does your ministry have an Affirming building use or rental policy and resources? Let us know! Contact the Communications Coordinator here and send it on, so we can add to our community resources.

The Affirming PIE video is now ready for free download! Join our pie-loving hosts Stéphane and Pam as they introduce us to PIE, and five Affirming ministries tell their stories about their Public, Intentional, and Explicit work and welcome for the LGBTQ2SIA+ community.

Thank you to Gifts with Vision and all who support Affirming Connections and Affirm United/ S’affirmer Ensemble with your time, love, and resources.

Remember: Affirming PIE Day is 14 March 2019! Sign up or learn more at www.pieday.ca!

Many Canadian Christians know that churches are a key part of support and sponsorship for people seeking refuge in Canada. Together, we see this as living out the gospel and prophetic call to seek justice and offer healing. But when we focus on LGBTQIA+ refugees, the picture changes radically. Did you know the United Church of Canada is one of the very few faith based Sponsorship Agreement Holders within Canada’s LGBTQ refugee program? And that there are more LGBTQIA people seeking refuge than there are sponsors?

Here’s where you come in. You can help change this. Please have a look at the United Church’s excellent new LGBTQIA refugee web resources, dedicated to helping increase the number of ministries who will sponsor LGBTQIA people in need of safety and security. Scroll down for their summary PDFs and download them to share. Then: END_OF_DOCUMENT_TOKEN_TO_BE_REPLACED

Don’t give up pie for Lent! Announcing Affirming PIE Day 14 March 2019 and our new website and video!

What’s PIE? Public+Intentional+Explicit= PIE. These are the standards for a real and radical welcome for LGBTQIA2S+ people in our church. Draw the circle wide and join in! Host a story telling event complete with pie and join many others across the land and the church as we learn together how to offer this welcome.

Co-hosted by Affirm United/ S’affirmer Ensemble and Affirming Connections. All traditions and backgrounds welcome: you do not need to be a United Church ministry or member to join the fun. All PIE stories are an important source of inspiration (and possibly nutrition).

Remember: this is all about you and your ministry! If you’re planning an event, we need to hear about it.

Our video to launch PIE Day and to give some tips of what Affirming looks and feel like is coming soon! Our hosts take us through a journey of pie and what PIE (Public, Intentional, and Explicit) can mean for you! You will have free access to the video by March 1 and can plan to show it at your PIE event or for any Affirming initiative.

All are welcome to a celebration of becoming an Af

THIS SUNDAY! Trinity-St. Paul's Speaker Series has Professor Beverly Bain! Click the link below to join! https://t.co/QTHxLkURlM
View on Twitter

On November 20, we remember and honour Two-Spirit, trans and non-binary people killed around the world because of hatred and oppression. Affirm United/S'Affirmer Ensemble renews our commitment to fighting transphobia in all its forms. https://t.co/kplukPR3GY
View on Twitter 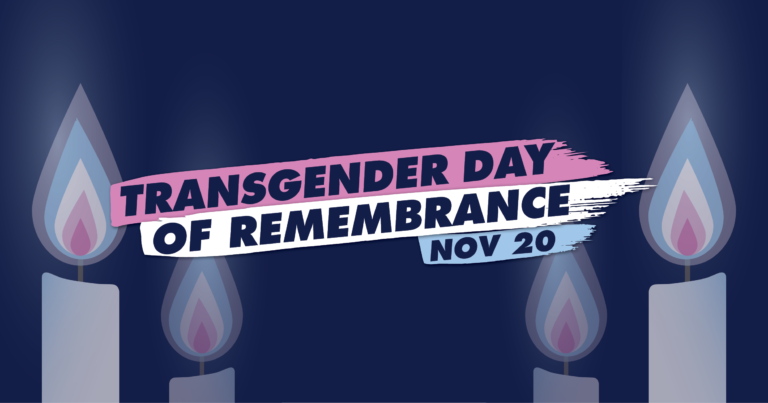 The week before Transgender Day of Remembrance on November 20, people and organizations around the country participate in Transgender Awareness Week to help raise the visibility of transgender people and address issues members of the community face - what are you doing this week?
View on Twitter